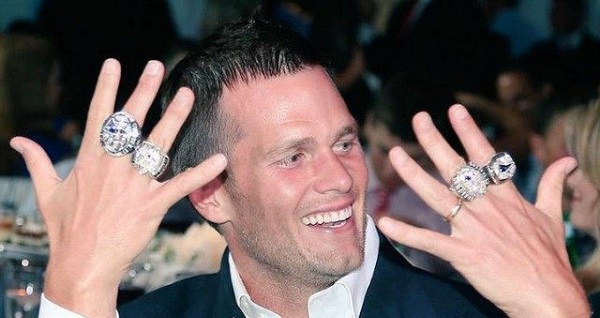 Nicknamed Tom “Terrific,” Mr. Brady is a New England loyalist who has led the Patriots to the Super Bowl six times in his 13 year tenure as a starter. Along with Joe Montana, he’s one of two quarterbacks to win MVP more than once, and holds countless other records. While he has an unusually slim portfolio of endorsements for such a successful sports star, his annual earnings are nothing to scoff at, as you’ll find out below…
Tom Brady Net Worth: $120 Million as of July 29th, 2015
2014 Earnings: $26.5 Million
Home: Brookline, MA
Spouse: Gisele Bundchen
Kids: 3
Cars: 4
Sources of Income: Patriots contracts and last year’s massive signing bonus, Under Armour, UGGs for men(?), SmartWater, and more.